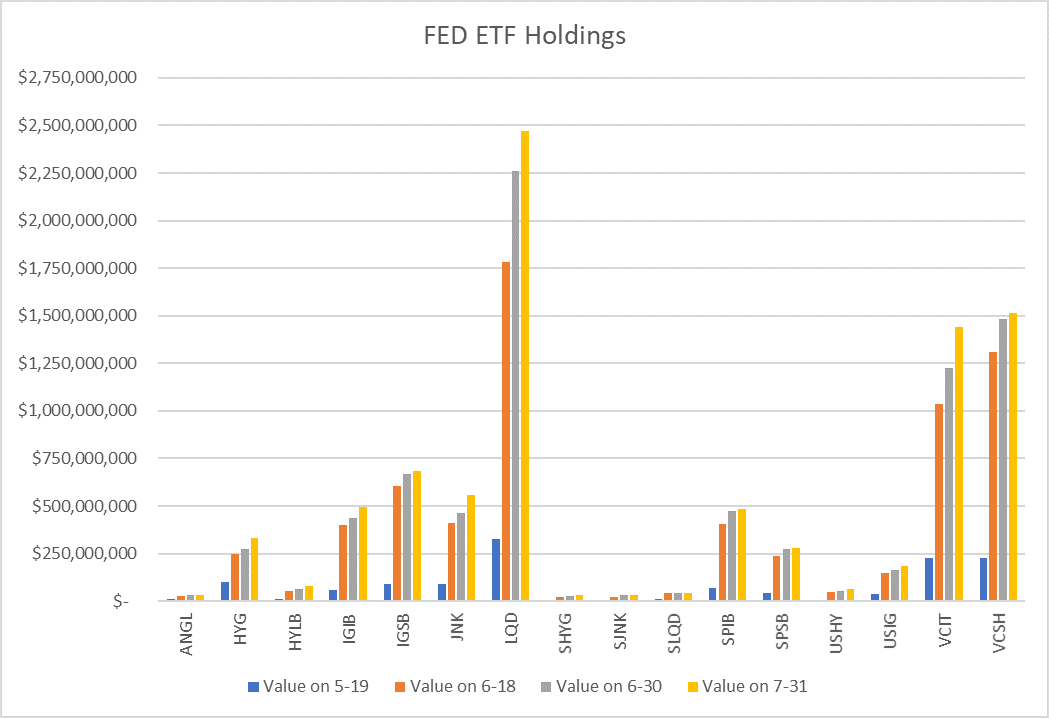 The Federal Reserve recently updated their holdings and transaction data through the end of July. We originally outlined in some detail what they said they would be doing in a previous ZEGA article.

As we can see the Fed has kept buying, albeit at a slower pace than we saw in the jump from May to June. The graph above illustrates the values of those holdings across several exchange traded funds. LQD, which holds corporate investment grade bonds, still represents the largest holding. Below we get a closer look at a granular level the additions by month and list of holdings. 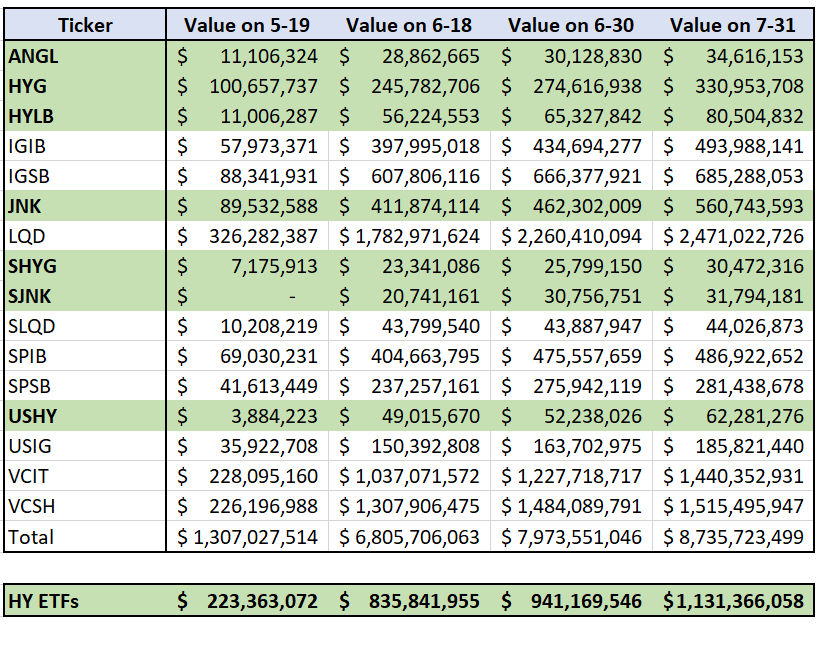 They also have added to their holdings across the high yield ETF spectrum including SJNK, HYG, and JNK. Many of you in our assortment of strategies are holding some of the same securities either outright or through synthetic dividend capture option strategies. The compilation of all their high yield ETF holdings now totals just over $1.1 Billion.

The Fed originally per the Wall Street Journal indicated a willingness to purchase between $250 Billion and $500 Billion of debt. This would also include individual corporate bonds which the Fed has also purchased. Thus far they have purchased according the report roughly $3.3 Billion in individual bonds.

So, as we have said before, we like the idea of owning some things that the Fed is also buying. This report appears to have a monthly release so it will be interesting to see what the pace of additional purchases winds up being.