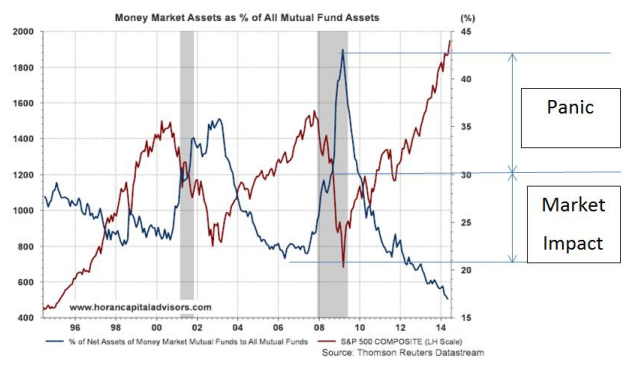 This week as the S&P 500 Index again peaked its head above the 3000 level, I received a question about whether they should sell their stocks due to all the talk about potential recessions. I’ve said before many times, predictions of a recessions beginning and end, and most importantly have been flawed and often wrong. Many times, when a crowd believes one thing, the opposite turns out to be the truth.

So why are people talking about selling out at market highs so often? Doesn’t the buy and hold (we prefer buy and hedge) strategy work over the long term? Recently the Wall Street Journal’s Jason Zweig wrote an article titled “Putting the Buy-and -Hold Gospel to the Ultimate Test.” In the article he looks back to the 1929 period. He points out that no one really forecasted a crash was coming. He also pointed out that buy and hold worked only “ if you have the patience of a tortoise”. The reason being is that stocks had a peak in 1929 and then later regained that high excluding dividends in 1954. Wouldn’t it had been better to have not experienced most of that downturn while having the ability to invest hedging profits or avoided losses into more shares at lower points in the market?

At this point your probably thinking, so when is he going to talk about the graph above? Well, to hammer home the point about panic and mistakes that investors can make, I pulled up the Dalbar Investor Behavior report, click here for it. You’ll notice this runs from around 1995 through sometime in 2014. The blue line represents the percentage of net assets of money market mutual funds (i.e. cash) to all funds. The red line is the S&P 500 Index.

Right away you should see at the very low of the market, close to 45% were sitting in money market assets. It also took some time into 2012 for the percentages to get to their pre-crisis levels. Now remember what I said earlier about receiving a question about the market being near all-time highs? I can remember during 2009 and several years later talking to investors who refused to move out of cash due to lingering fear. Even though the market was much cheaper than it was in late 2007.

Remember, as Jay Pestrichelli and I talked about on a podcast, the market is within 3% of an all-time high 36% of the time. Trying to time the top would mean you’re attempting this more than a third of the time. Before answering the question posed in the articles title, one other illustration to review. The following shows how at the very bottom and even afterwards during the recovery, investors continued to stay away from equities. 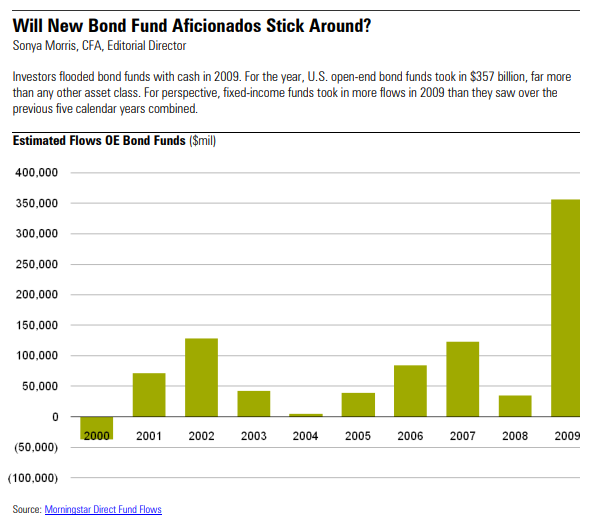 Consider the graph above which shows estimated open-ended bond fund flows. This illustrates just how much investors choose fixed income over equities. A more disciplined approach using class asset allocation strategies might have seen flows out of bonds and into equities to rebalance.

So how can Buffered and Hedged Equity strategies help investors avoid these panicked decisions at the very worst possible times? First, if you alleviate the emotional fear and establish a downside floor in a portfolio. The reason why most people sold was they couldn’t stand the outsized losses any longer as the market continued to make new lows. If those same investors had downside protection, would they have been as worried? And would they have remained disciplined while also taking advantage of the opportunity to roll hedging profits into the market at reduced price levels thus potentially capturing more of the upside recovery?

At some point we will have another downturn. How deep or shallow it might turn out to be remains an open question. But the point is the ability to not panic is powerful. The ability to stay invested because you have protection against what everyone else is doing can be a powerful ally that keeps you on track towards reaching your financial goals.