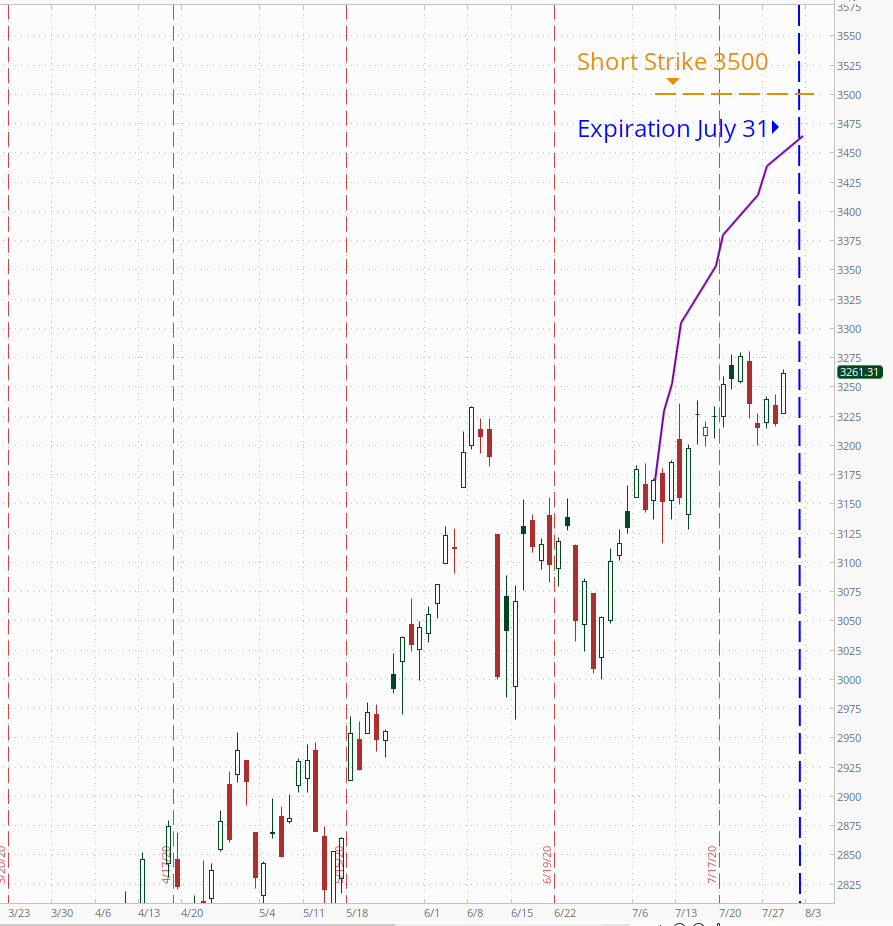 Here’s a quick update as we approach expiration of our primary HiPOS conservative trade. Even though the market did move higher to above the 3280 level, the 3500 short call leg of the spread remained nicely well above the S&P 500 Index.

While the distance between the underlying market and the 3500 strike had a margin of safety, this was a good example of how adverse market moves.  Especially early in the lifecycle of the trade, which can cause un-realized losses to be reflected in the end of day prices. As we wrote previously on the blog, what needed to happen was time to advance which would calm down the premium in the options thus reducing un-realized losses.

This is exactly what happened. A combination of time and space (nod to Albert Einstein) helped the option premium to settle lower as the market moderated off its most recent highs.

We also made mention of the possibility for us to also enter a short-put spread for the same expiration and underlying S&P 500 Index. This would have formed what is known as a short iron condor position. While implied volatility has remained high on a relative basis, we never quite saw a material pullback that would have allowed an entry into the second half of the condor.

Moving forward over the next 3 days, investors want the market to avoid any major unexpected outsized surges higher and to see the positions expire and realize a full profit.

With volatility still higher than average, the ZEGA trading team will be on the lookout, and already have been running the numbers, for potential new entries. Stay tuned and we will be back with any new updates.