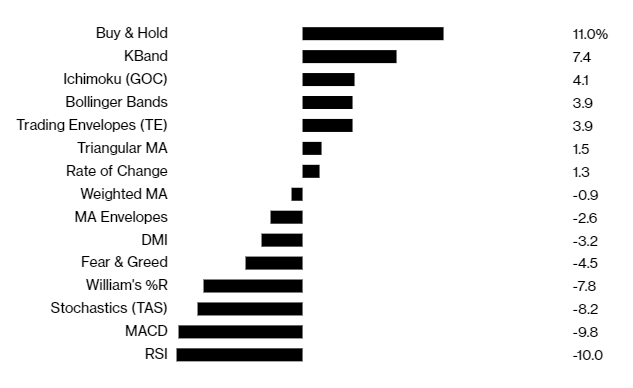 The benefit of having a hedged equity strategy is that your portfolio is hedged against the downside. You still look to capture a large part of the upside. You do not need to time the market. You do not need to read every bit of news or prediction about impending doom in the markets. There, I got that out of the way early.

Now if you simply have an unhedged all-equity portfolio that will move up and down with the market, you might go through a lot of consternation if you read a compelling enough piece about the likelihood of a market crash. Last year at this time if someone had told you the S&P 500 Index would be nearing 4200 you probably would have brushed that off.

At the same time a year ago, you probably saw predictions for S&P 500 1500. Did we know the market would get to 4200? Not really. But we understand the value of not trying to time things perfectly. Those in a 60/40 portfolio (60% equities, 40% bonds), have the additional worry about trying to pick the direction of interest rates.

Bloomberg put out an article recently that explored how poorly some sell signals have done this year. Many of the popular indicators saw markets being overbought and produced warnings to take profits and get out only to see the markets run higher. The challenge with market timing is that missing some of the best periods can be detrimental to returns. Bloomberg pointed this out:

Nine percentage points are given up by missing just the 5 best days of 2021! We get it though, especially for those that are within 10 or 5 years of retirement. Or those newly retired as losses early in the distribution phase can be detrimental to one’s income level of lifestyle.

The chart above helps to visualize how simply Buying and Holding would have outperformed the collection of selected technical signals. I am a big fan of technical analysis as many readers know, but different market environments can render these to be less effective. Now, of course we advocate for Buy and Hedge rather than just hold.

Recently Marketwatch ran a story about all the prognosticators calling for a crash, even as soon as June.

Some of the usual suspects are listed here. Many put out smart pieces with numbers and a basis for why they think the market is overvalued. I remember some of the names and others saying the same thing back in the summer of 2009. Imagine if you stayed in cash for the next 10 years waiting for a pullback? Or maybe buying back in much higher when another leg down never materialized. Instead, being in a hedged equity strategy may take away the probability of a huge downside move if you have a defined floor in your portfolio.

I remember years ago someone running a chart of the VIX and CNBC TV ratings. The idea was that the worse the fear in the markets, the higher the TV ratings. Well, thanks to the power of Google I found an example. 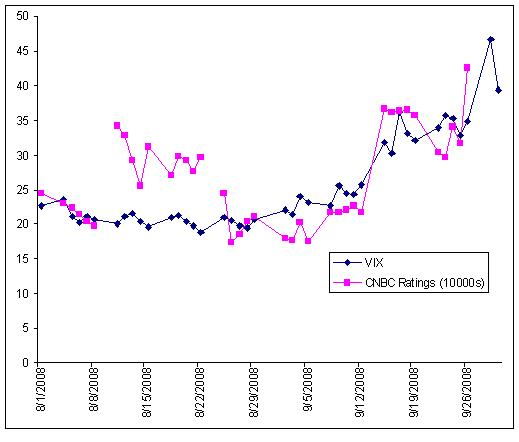 It was noted that the pink dots representing CNBC TV ratings between August of 2008 and September in 2008 included two weeks where the channel also showed the Olympic Games. Hence the outlier jump. But in this graph, it would appear a correlation with higher VIX (more fear) and tv ratings exists.

So, part of why you keep seeing the doomsday predictions is because it must help drive clicks and viewers. But instead of suffering angst anytime you see one of these, just be hedged and go on about your day as there is nothing to see here.